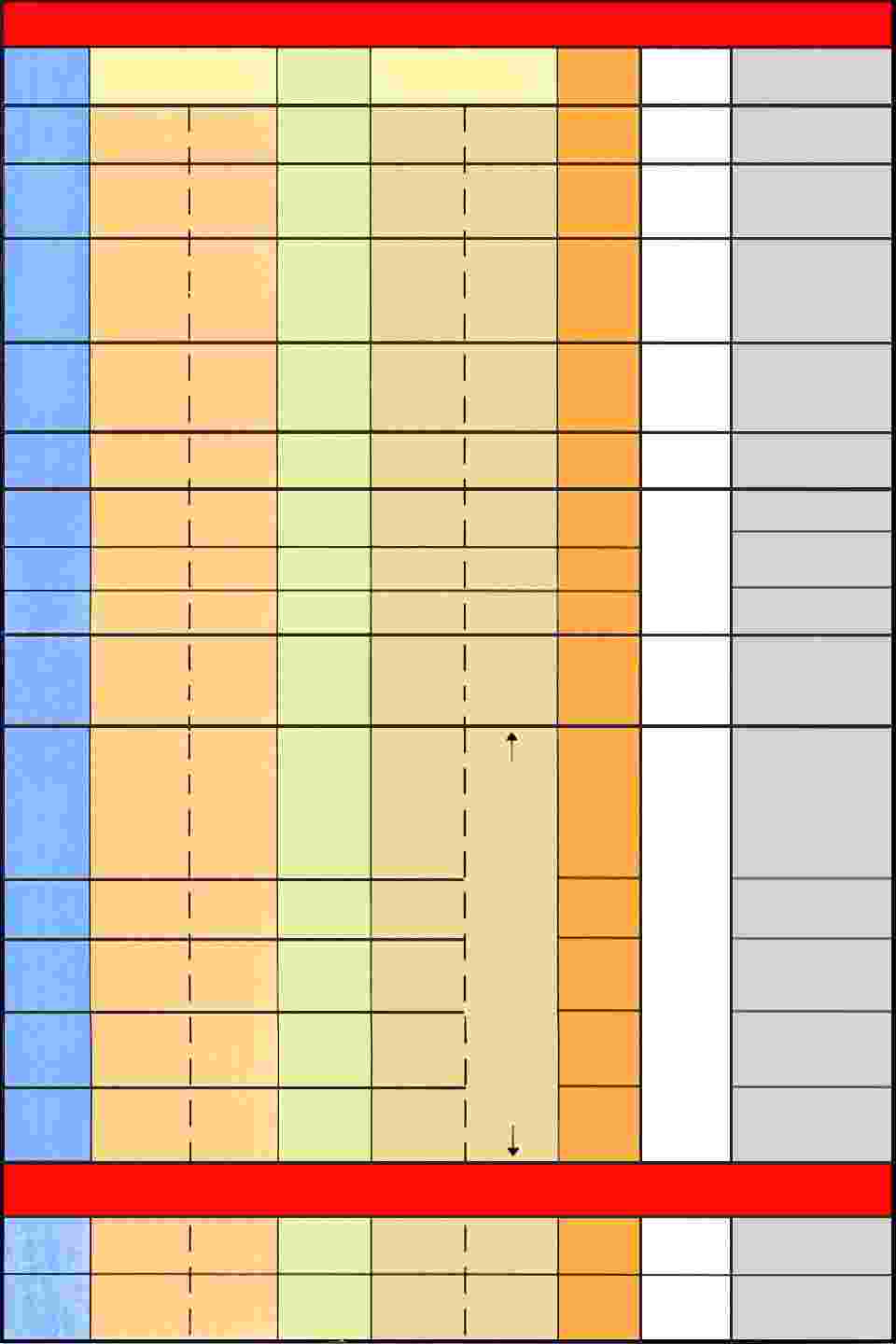 The text and layout of this chart is that as it was originally written and published by Herbert W. Armstrong.  A chart with revised wording that included summary and watered-down changes in the text and incorrect coronation dates for Charles V and Napoleon, was copyrighted 1985 but not printed until after Mr. Armstrong's death in 1986.  The modified publication was a likely result of early apostasy, careless editing or both.  You can find the faulty 1985-86 chart in this link. which shows the changes that the apostates inserted in red and the vital words of Mr. Armstrong that the early apostates removed in orange.(and what they did was replace the express, specific language of Mr. Armstrong where he boldly identified the Roman Catholic Church and the Papacy and replaced all such direct direct expresions with generalized, watered-down wording (as shown in red in the link).  They removed every instance of ''by the Pope'' where Mr. Armstrong mentioned the crowning of the various Emperors of the Holy Roman Empire.  Some of those involved used the excuse that they needed to get rid of all language that might appear to be ''hate speech.''  That's a phony, trumpeted-up excuse by apostate types because when you read the text of the booklet (which thankfully was not altered before they decided to just totally can the booklet altogether), you will find that the text as written by Mr. Armstrong was not altered when the chart was watered-down and it continues to mention the Pope on pages 16, 17, 23, and 40 in the text portion of the booklet --see ''Who or What is the Prophetic Beast?'' booklet in the Library at COGTV.org -- ''He that hath ears to hear, let him hear'').  When a discerning and wise man sees and understands just what the early apostate types did, I believe that such a wise and discerning man would want to stay with Mr. Armstrong's original writing in this!  D'accord!?
The information in this chart was revealed by Jesus Christ during the time of the Ninth Horn as one of the proofs of God's Servant, Herbert W. Armstrong, for these last days in the Philadelphia era of His Work in accord with and pursuant to Revelation 1:1.  Our Father gave this to Jesus Christ to show to us, through His servant Herbert W. Armstrong, things which must shortly come to pass.  He gave the information in this chart to us through HWA in much the same way that He revealed, through this same servant, the Seven Seals and Seven Trumpets and Seven Last Plagues (See 777 Chart).  This Chart was originally published in a booklet by Herbert W. Armstrong entitled, ''Who Is the Beast?'' which booklet later became Part One of the two-part ''Who or What Is the Prophetic Beast?'' booklet.  Most of the graphic illustrations in this chart are by C. Winston Taylor.  The pictures of the Ram and He-Goat of Daniel 8 are 'Rambo' and 'Duchess' from the Lloyd & Jessie Gilbreath Memorial Estate.  This arrangement of the chart was made by Stephen L. Gilbreath.  If you see ANYTHING that you believe needs to be corrected, please contact the webhost at the address below or at an address on the contact page.  You may freely print and share this Chart with brethren.
NOTE:  Mouse-over pictures have been positioned toward the bottom right side of this replica of the chart which contains the original text (corrected as was done in a later publication of the chart by Mr. Armstrong where the dates were originally printed incorrectly, which was likely simple typographical error).  By mousing-over each of the pictures, you can see Mr. Armstrong's text that describes each of the ''five kings'' that are ''fallen'' and the ''one'' that ''is'' (with ''is'' being the time between 1936 and 1945 when the sixth head made an appearance). These are the known kings from the seven that are referenced in Reveleation 17:10.  (''The other,'' being the last of the seven, ''is not yet come; and when he cometh, he must continue a short space,'' as verse 10 of Revelation 17 says.)
By simply mousing over the pictures in the far right column (as in all other columns where you see pictures) the original text and any corrections that Mr. Armstrong made to it during his lifetime will appear.
To discuss this chart you are welcome to contact the webhost by e-mail:  [email protected].
Homepage:  COGTV.org
Since the
"Great
Whore"
never rode
any of the
7 heads of
Daniel's 1st
4 beasts,
but she
does mount
and ride the
last 7 horns
of Daniel's
4th beast,
it follows that
the last
7 HORNS of
Dan. 7 and
Rev. 13 are
the 7 HEADS
of Rev. 17
(5 fallen at
collapse of
Napoleon).
"IMPERIAL
RESTORATION"
of empire
by Justinian,
A.D. 554.
He recognized
supremacy of the Pope
in the West.
FRANKISH KINGDOM
Began 774, Charlemagne
crowned by Pope
A.D. 800
HOLY ROMAN
EMPIRE (German head)
Otto the Great crowned
by Pope, A.D. 962
HABSBURG dynasty
(Austrian head),
Charles V
crowned by Pope
A.D. 1530-Feb-24
NAPOLEON'S
KINGDOM (French
head), crowned with Pope's endorsement and
presence A.D. 1804-Dec-2
Y
E
A
R
S
B
E
A
S
T
C
O
N
T
I
N
U
E
D
554 A.D.
-1814 A.D.
= 1260  . . .
See
777
Chart